Three young deer that had been cared for at Wolf Hollow since early summer were released on November 24th. When they arrived at the rehab center in May, they were tiny, spotted fawns that had been orphaned or separated from their mothers. Over the summer and fall they grew into strong, healthy young deer that are now ready for life in the wild.

When we opened the door of the transport trailer, they cautiously emerged, took a few moments to look around, then gradually moved off into the trees. 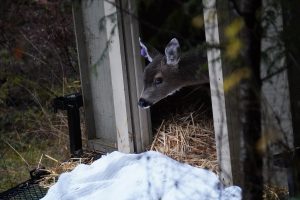 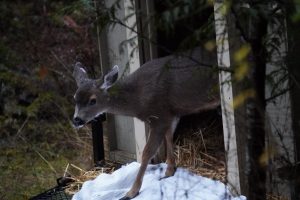