As our human population grows, vehicle traffic increases rapidly and more and more roads are built. This means that wild animals in many areas are forced to repeatedly cross busy roads to find the food and shelter they need and many are struck by vehicles.

At Wolf Hollow we receive a wide range of animals that have been hit by cars, including deer, raccoons, otters, turtles, ducks, hawks and owls, and many different songbirds.

In the last decade we have treated almost 600 animals that had been hit by vehicles. Hit by Car accounts for 8-10% of the animals we receive each year and is consistently in the top 3 known causes of injury. 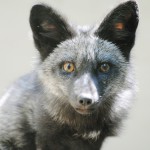 Some animals are lucky and are only buffeted by a car, are slightly stunned and soon recover. But most have a combination of broken bones, head or internal injuries and wounds, which require intensive and long-term care. Many animals that are hit by cars are seriously injured and do not survive.

We also receive many young animals that have been orphaned when their mother was killed by a car. This is one of the main reasons we receive ducklings, raccoon kits and fawns.

The 600 “Hit by Car” animals we have treated in the last 10 years probably represent a tiny fraction of the wild animals that have actually been struck by vehicles in our area during that time. Many animals are killed on impact, are injured and limp or flutter off into the bushes where they can’t be seen, and many people are unable or unwilling to stop and check on an animal they have hit.

Wolf Hollow receives animals for care from San Juan and Skagit Counties and northern Whidbey Island.  There are towns, but much of the area is semi-rural with relatively quiet roads and low speed limits. How many wild animals are injured or killed in regions where traffic is much heavier and is moving faster?

Follow the links below to find out more about the impact of vehicles on wildlife and how you can help reduce that impact.